ABOUT THE ISLAND OF ROATAN

Roatan, Honduras is home to an unbeatable combination of natural beauty, an underwater world full of sea life, scuba diving, snorkeling, deep sea fishing, exciting nightlife, and an affordable cost of living making it one of the top destinations in Central America for retirees and expatriates.

We invite you to explore everything Roatan has to offer and find your beachfront lot, beachfront home, furnished condo, or oceanfront property in Honduras.

If you’re looking for a Caribbean island destination to visit or relocate to, consider Roatan Island in the Western Caribbean.  We’re located just 100 miles from Belize and 30 miles off the north coast of Honduras.

Roatan is also one of the busiest cruise ship ports in the western Caribbean. According to official port statistics, 1,052,738 cruise passengers disembarked on Roatan’s shores in 341 ships that called on Roatán 2016.

part of the Bay Islands

A Caribbean archipelago located from 20 to 40 miles off the north coast of Honduras. There are three major islands, Roatan, Guanaja, and Utila, two smaller islands Helene and Barbareta-which are located off the east end of Roatan– and 70 smaller cays and atolls. The Cayos Cochinos or Hog Islands also form part of the Bay Islands but are located closer to the Honduran mainland.

Roatan is about 25 miles long and three miles across at its widest. A mountain ridge runs through the center of the island with the tallest peak rising about 800 feet. The rolling hills, covered by lush foliage, offer spectacular ocean vistas and are the perfect place to build a new home with plenty of decks where you can sit back and enjoy the view.

The islands are surrounded by a spectacular barrier reef and warm waters and have long been a Top International Scuba Diving Destination.  The fringing reef formation creates calm lagoons between the coastline and the reef crest for shallow diving and snorkeling, as well as wall diving and deep diving outside the reef wall.

The climate on Roatan is tropical and typically hot and humid, but a constant sea breeze keeps the temperature between a comfortable 70° to 90°F with an average relative humidity of about 75%. The average yearly temperature is 82°F.

The rainiest months are October through January with a yearly average rainfall of 87 inches.  Although it rains an average 112 days a year on Roatan, the rain generally only lasts a couple of hours. Statistically only one hurricane hits the island every 26 years.

Nestled in the Caribbean and bordering the Mesoamerican Barrier Reef, the second-largest reef system in the world, the Bay Islands are among Honduras’ most important tourism draws. West Bay Beach in Roatán received the 2017 Traveler’s Choice Trip Advisor award for the best beach in Central America and one of the 25 best beaches in the world.

Frommer’s has highlighted Roatán in its Undiscovered Caribbean Islands: Insiders’ Guide; the HGTV show House Hunters International has featured Roatán in several episodes, and Islands Magazine listed Roatán as one of its Best Island to retire. Utila, meanwhile, regularly makes the list of the world’s top dive sites.

Visitors flock to Roatan to snorkel, scuba dive, and swim among such exotic marine creatures as whale sharks, mantas, wild dolphins, sea turtles, and schools of fish. They can also enjoy other water activities such as kayaking, water skiing, sailing, and wakeboarding.

Over 120 species of birds have been sighted on Roatan in the Bay Islands.  Forty are resident species, while the rest are migratory. The Yellow-Naped Parrot (an endangered species), different colored hummingbirds, Golden-Fronted Woodpeckers, Osprey, and the Great Tailed Grackle are regularly seen. Frequently seen migratory birds include Warblers, Vireos, Tanagers, and Caribbean Sea birds such as the White Ibis, Brown Pelican, Frigate Bird, and the Roseate Tern.

About 12 mammal species inhabit the islands, including four bats, agoutis, rats, opossums, and white-tailed deer (scarce). Thirty-six species of amphibians are found, including endangered  Hawksbill sea turtles species, crocodiles, six species of frogs, 15 species of lizards, and 13 species snakes. The Coral Snake is the only venomous one, but it is rarely seen and is so small that it has difficulty biting humans. There are no documented cases of a Coral snake biting a person in Roatan.

The tropical climate in the Bay Islands, a combination of warm temperatures and abundant rain, supports diverse ecosystems-mangroves, tropical forests, pine forests, and lowland marshes-which are home to a variety of animal species. Forest areas host huge Oak and Strangler Fig trees that support exotic species of bromeliads, ferns, and orchids in their upper branches.

Pine forests extend from eastern Roatan to Guanaja. When he landed there in 1502, Christopher Columbus dubbed Guanaja the “Island of Pines” because of the thick pine forests. Lowland mangrove forests are found throughout the islands and play an important role in protecting the coastal areas from storm and hurricane damage.

Our Most Popular Listings 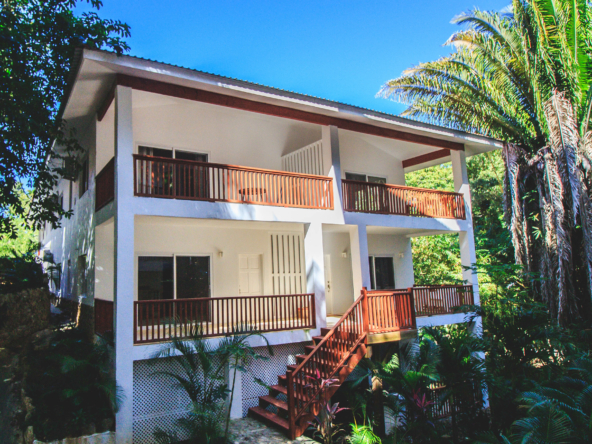 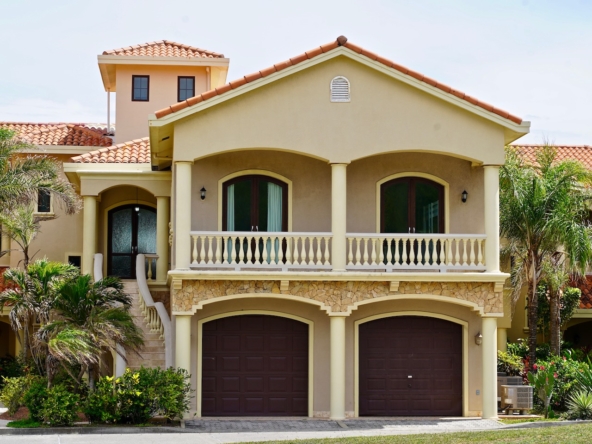 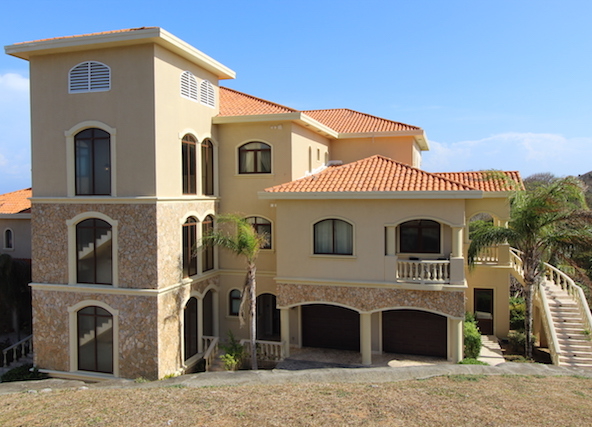 Office Hours: Monday To Saturday 8:30 AM to 5:30 PM Central Time Zone (OR Pretty Much Anytime By Appointment)

Please enter your username or email address. You will receive a link to create a new password via email.